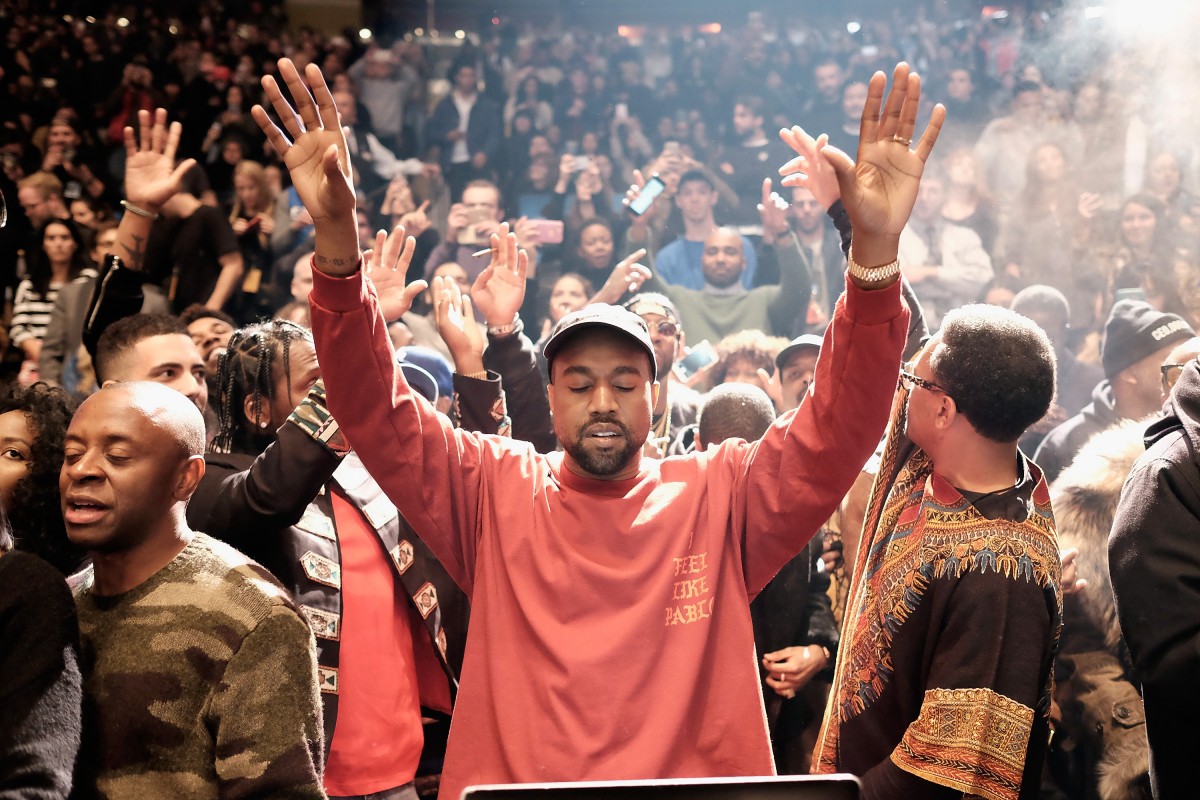 How New Luxury Is Undermining The Old Guard

As New York Fashion Week wraps up and rolls into London, I’m realizing that my consumption of luxury, and even the very definition of it, has drastically changed. As someone who both studies millennials and counts among them, I’ve always felt this shift happening but this year was the most striking.

I watched most of my fashion shows via select model or celebrity snaps, not even the snapchat handles of the designers themselves. Even then, my favorite highlight was watching Kylie and Tyga hang out with Luka Sabbat in a hotel room after a long day of front row runway snaps. I wanted to virtually spend time with certain people that were there.

Sure our consumption behaviors have changed and modern celebrity is melting into design in new ways, but when you dig in, it’s clear that these are mere signs of something much bigger.

‘New luxury’ is evolving right before our eyes, and it has very little to do with the familiar concepts of luxury we grew up with.

New luxury — the sought after brands that are eating away at traditional luxury market share — is not defined by high price points or restricted access. In fact, many top tier and even old school names like Louis Vuitton are now catering to middle class audiences and social media pretty much leveled the access playing field a while ago.

I define new luxury as those brands which engender such fierce loyalty, people would rather buy their products than more established and often expensive brands… regardless of how much money they may have to spend.

By that definition, things like workmanship, cost or history may be important, but they are no longer deciding factors for the millennial consumer.

So exactly how does new luxury create authority against these bigger brands?

There are written languages and visual languages in old luxury that we’re all familiar with. New luxury reinvents both.

Look at print ads by Chanel, Max Mara or Dior. They’ll pretty much all look the same. Their digital sites read the same. Their point of sale imagery is synonymous, whether in Sephora or Macy’s. Their videos and short films capture the same polished aesthetic and wistful themes. It’s all classic luxury language buttressed by decades (if not centuries) of building on a singular identity.

Now look at a new luxury brand like Milk and you’ll immediately tap into a very different discourse.

In a sea of gold black and red, you will always be able to spot the sterile white Milk kiosk in Sephora. In fact, you’ll be drawn to it. Models faces are captured at odd angles, whose looks range from androgynous to tomboyish to ultra feminine.

This isn’t just good point of sale marketing. This is a conversation. You’re immediately forced to identify or dis-identify with the brand and its subjects.

Milk’s visual language is so specific, that you either get it or you don’t. And when you get it, you fully realize that the 10 girls behind you didn’t. You speak a language that others aren’t privy to, and that’s the modern reincarnation of ‘access’ in the world of new luxury.

To put it simply, good brands create tension. (I wish I could take credit for that insight but it belongs to Seth Godin… and I’m sure many others said it before him.) Milk forces a reaction that binds you to their identity.

They aren’t priced or packaged like a luxury brand, but they command the same authority and loyalty from luxury consumers that might have otherwise spent money at a Chanel or Dior makeup counter.

You want to be rich, you want to wear diamonds, you want to go yachting with models and you want to summer (not vacation) in a beachside Italian villa. Perhaps we all want the trappings of wealth, but old modes of luxury always create a distance between you and that future vision.

That comfortable distance is what aspirational marketing is based on. Your aspirations are meant to draw you to the brand without alienating the people who are wealthy enough to actually buy it.

Problem is e-commerce and globalization of manufacturing erased many barriers to entry, while the sudden proliferation of subgroups like hipsters, bro culture and skater boys created communities that old luxury couldn’t authentically touch — but new brands like Warby Parker, Herschel and LRG owned them seemingly overnight.

Old luxury is still aspirational and on some level expects the mass market to identify. New luxury, however, works to resonate with your values today. It’s what allows new luxury brands to get very specific with their tone and authentically speak with like-minded consumers.

That means growth is happening sideways, not hierarchically. From athleisure to lifestyle to haute couture, diversity of brands within each category is growing at a far faster clip than new categories themselves.

While old names try to go broad in their appeal, fashion startups like Wildfang are deliberately working to resonate with very specific communities. And how do they do that? Not by speaking to the the things we like, but instead, as they put it, acting as the “front door of this revolution.” Wildfang is looking to “liberate mens wear” for the “tomboys”, “female robin hoods” and “shapeshifters” they’re speaking to.

Not only is that a new language, it’s a shift in what constitutes identity. Consumers no longer band around the things they like, but around the people they are.

Rich is not an identity for today’s millennials. Rich is an aspiration, something we may strive to be, but it is not who we are. Even jetsetting, worldly and affluent are weakly defined attributes for today’s consumer. The signifiers of that world — handcrafted leather wallets, monogrammed loafers and foreign watches — are merely things.

True, there are still thriving markets for the incumbent brands that sell these goods, but they’re no longer universal identifiers. Previous generations may have rallied around an affinity for them, but today that is not how we organize ourselves.

You can look outside of luxury and consumables for plenty of examples of this. Soulcycle isn’t a meaningful brand because people like to gather around intense cycling workouts. It’s a brand because people have a life view about what grit and perseverance and pain mean, and that’s what brings them together.

Crossover communities like rap and Gucci are the strongest because they deliberately celebrate overlapping values. That shared perspective of lifestyle, not affinity for certain products, is what defines them. If wealth and upper class stations are evaporating as lifestyle markers, old guard luxury brands are in a tough position.

This isn’t anything new. When Cristal’s managing Director Frédéric Rouzaud made disdainful comments about rappers naming his product in their songs back in 2006, Jay Z called a boycott. Today, Kanye designs for Adidas (not to mention all things Yeezy), Angela Ahrendts went from Burberry to Apple and Fetty Wap models for NikeLab. These aren’t mere collaborations. They’re examples of how community has overturned affinity.

Yet although the community is a defining factor, one major story element creates a unique counterbalance.

New luxury tells the story of the individual, not the group.

As a generation (at least in the US) the story of the individual has taken priority over the group. It sounds a bit abstract, but it’s easy to see it everywhere.

Groups like boy scouts and little leagues have seen a sharp decline in recent years while parents opt to register their children in any number of individually enriching activities like coding camps or afterschool math programs. A big part of this is the push for STEM, but I’d argue that on a bigger level, ideas of community service and charity have taken a back seat to entrepreneurship and the honor of personal pursuits.

Increasingly in sports, it’s not the team win that matters so much as the social stardom of individual players. Everything from American football to Olympic gymnastics reflects this.

The consumer parallel is that before we’d seek acceptance from the group. Today, we self-identify with others who already know who they are. We don’t ask for permission. We declare our identities as riot grrrls, foodies and chic geeks. What traditional luxury brands fail to understand is that story and history are two different things.

Why does this matter? Because it forges a very different connection to a brand.

Brands can no longer declare their authority as ‘luxury’. Grandiose runway shows like the Chanel Fall 2010 Couture Collection that was punctuated by an imposing 40-foot gold lion, or Dior’s 2014 Spring/ Summer Collection which took place in an 18th century mansion covered in floor-to-ceiling flowers perhaps show that old school names are working harder and harder to own their territory.

Meanwhile, smaller, more nimble brands are working to earn it. They take bold, risky steps in both their product design and marketing to create an image that only audiences who “get it” will understand. It’s pull rather than push. In a world that is more fragmented than ever, a pull strategy is an extremely competitive advantage.

And that’s one way to earn authority in the world of new luxury — deeply resonate with who people are now rather than what you think they hope to become.

In many ways, what’s happening in luxury is very similar to what we’ve seen happen in any number of other disrupted industries. What fascinates me about this sector, however, is the millennial mental shift that ushered it all in.

I think the biggest changes and brand stories are yet to come. 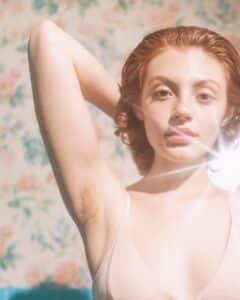 Using Permission and Perception to Change the Brand Experience 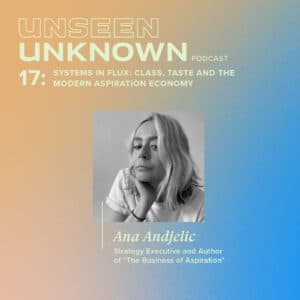 17: Systems In Flux: Class, Taste and the Modern Aspiration Economy 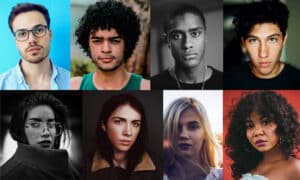 The 14 Rules of Identity